Independent reviews of The Imperial Plan

As promised here is a link to one of the reviews of the album. I am extremely delighted - especially as I didn't have to pay her much (joke).

"This is a concept album in the traditional sense and is largely the brainchild of Mike Isaacs. Covering the futility of the First World War it looks at the experience of an unnamed 17 year old volunteer who survives three years in the trenches and lives to over 100 years of age. It has been inspired by Harry Patch ‘the last fighting Tommy’ and real events.

Mike has been assisted in its production by a host of artists and performers, in particular Jason Flinter. In some ways this album is reminiscent of Jeff Wayne’s ‘War of the Worlds’ only this may bring a tear to your eye. That said this album if nothing else will make you think about the futility of war.

It has been extremely well produced and performed painting an aural image of those terrible events 100 years ago. The lyrics and music will take you on a roller coaster ride of different styles of music and invoke all sorts of emotions in the listener  such that they will make the hairs on the back of your neck stand, always a good sign for me and a feeling I have not had in a long time, which makes this album ABSOLUTELY  STUNNING AND GOBSMACKINGLY GOOD so much so that it has all the makings of a great stage show so Cameron Mackintosh pay attention!

This is an album which must be bought and listened to over and over again. It will be available online at ALL of the major stores such as iTunes, Amazon and Spotify - in fact over 90 stores in total. Hard copies of the CD will be available from 11th November, but you can contact Mike Isaacs at his Facebook site who will gladly sell you a copy." 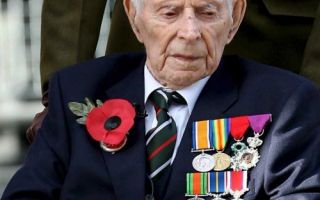 The Imperial Plan by The Fable

Unique concept album about WW1 and inspired by Harry Patch - set for release 1st July, 2016 to mark the centenary of the Battle of the Somme