Here is the article that the Wilts and Glos Standard wrote about us recently:

A CAMPAIGN to raise £23,500 is underway to bring a pre-school back to Down Ampney, more than two years after the village lost its early years provision.

Little Explorers will be run as a Community Interest Company (CIC) and will be a not for profit social enterprise. The plan is for a nature-based pre-school, with the capacity to take 12 children. It will be situated in a portacabin in the grounds of Down Ampney Primary School and could open this autumn.

Karen Powell and Danielle Seatter have been working behind the scenes to turn the dream into a reality.

Volunteer Karen was on the committee of the previous pre-school Muddy Wellies, prior to its closure. "My children are now 6 and 8 so I no longer need the provision," she explained, "but I am really driven to make this happen. I believe it is a rural service that will benefit the whole community. We will also be creating several new jobs in the area."

Danielle, who will manage Little Explorers, gave up her role as chair and manager of Ashton Keynes Preschool. "A lot of services end up disappearing from villages. We would like to restore a pre-school to serve the local community," she said. "At the moment parents have to travel to other towns and villages and not everyone has the ability to do that.

"Chatting to parents it is also clear that some people want childcare that is on route to work and we could provide that."

The campaign has so far raised £5,000 through events and donations, with a further £2,000 of fundraisers planned for the next two months.

A capital grant application for £11,000 is also looking promising, as long as the team can show that all costs are covered. This leaves the project £5,500 short and the team have set up a crowdfunding campaign to help raise the outstanding funds.

"We need to raise money to renovate the building and to provide a contingency fund, so that we do not have to go down the route of needing loans," Danielle explained.

For further information or to donate visit fundsurfer.com/littleexplorers 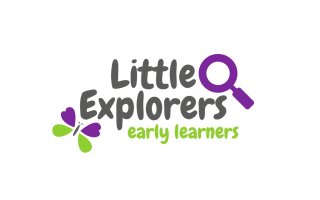 A preschool for Down Ampney and surrounding villages - Little Explorers

The village preschool is making a comeback and to really flourish as an important community amenity we need your backing today. Please donate now.