An 11th hour push has brought us a total close to £12000: a hugely significant amout of money. This time last week, Joe and I were discussing various places in Bristol we had spotted pallets and scaff planks, planning missions around the city to scavenge as much free wood as possible. While it's deeply satisfying building a shop out of reclaimed material, it was proving time-consuming and endangering the possibility of us being ready by the end of the month. We can now afford to buy what we need to finish the shelving, as well as the kit required to ensure The Flicks Kino is as kickass as possible.

A huge thank you to you all. I've given to crowdfunded projects in the past; projects that have inspired me, led by impassioned people who have exciting ideas but not much money. When I see these projects succeed, like the Roll For The Soul bike cafe and Andrew Harmer's film 'The Fitzroy', it fills me with joy. As easy as it is to be cynical about the begging-bowl aspect of crowdfunding, you can't ignore the democratic principle behind it that traditional forms of finance lack. Our project has been enabled by 416 of you, all of whom share a curiosity in our vision and a desire to see it realised. That vote of confidence means so much more to me than successfully selling the idea to a bank ever could.

To the Kathryn Bigelow Option backers: I have an idea I want to put to you. If we pooled all those scenes together, we could remake Point Break in Bristol. It seems a silly idea I know, but one that could prove to be a lot of fun. It also seems in-keeping with the spirit of crowdfunding. Instead of having your own private scene, you would be co-producer on something much grander. You would also be given the option of starring in it. I've put the idea out there and so many people are already enthusiastic about it, I think we should have a go at it. If you would still prefer your own scene done, no problem.

For the rest of the month Joe and I will continue building our new home, and I will start getting ready your rewards ("... your ETERNAL REWARDS!" Jafar's voice adds in my head). They'll start being despatched in November, or if you prefer you can collect them from the shop.

For now, I'd just like to say thank you. All 416 of you. I've met lots of you already and those I haven't please do pop by the New Place once we're open. It'd be nice to show you in person where your money went. Thank you for your curiosity, and your generosity. We will do you proud, I'm certain. You can continue to follow our progress via our photojournal here:

Til we meet again, lots of love 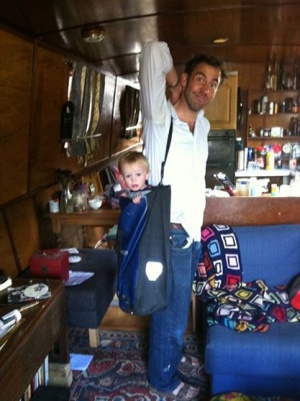 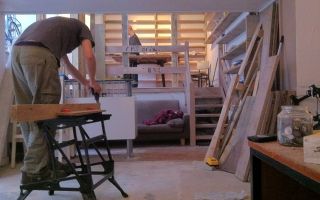