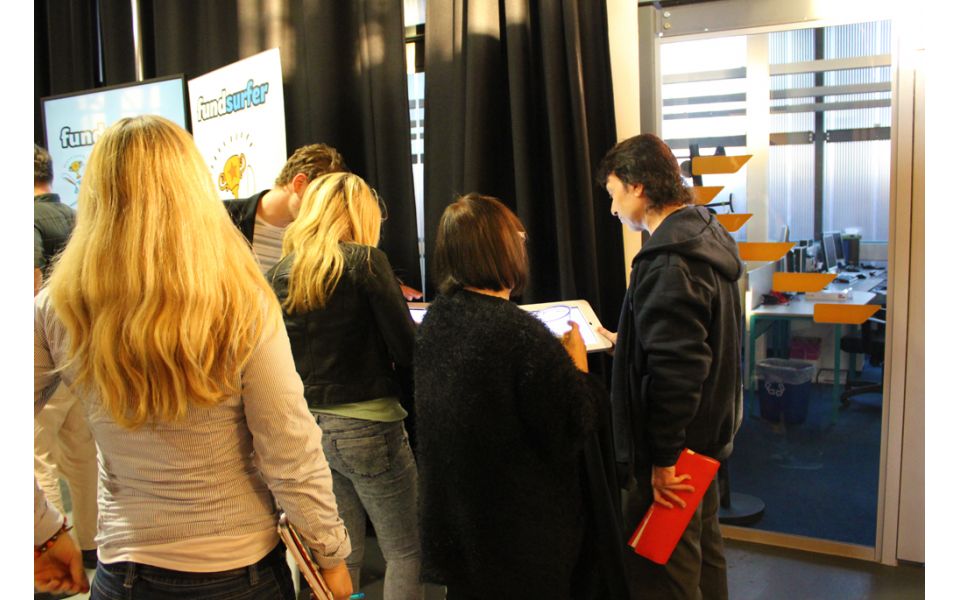 The event attracted a number of people looking at crowdfunding as an alternative source of funding for their creative and social projects.

Co-founder and CEO, Oliver Mochizuki, gave a presentation and was joined by Amy Morse, a writer who launched her first crowdfunding campaign on Fundsurfer to publish her novel, entitled Solomon's Secrets.

Amy said she met Oliver – and co-founder Derek Ahmedzai – at a networking event where he gave a presentation on crowdfunding.

"I felt really inspired and thought it would be perfect to crowdfund my next two books on Fundsurfer," she said. "I'm really excited."

Derek, who lives in Bishopston, said: "It was wonderful to have so many people attend our launch and it was great to hear about their interest in Fundsurfer. We want to make crowdfunding simple while providing additional support and services to our users, and I think that message really connected with everyone."

Oliver, from Horfield, added: "We are really excited about taking Fundsurfer forward in 2014.

"The level of creativity and interest being shown tonight proves that crowdfunding has changed the way projects, individuals and companies raise and donate funds. I want to thank everyone for their support – it's been a brilliant evening."

Crowdfunding involves getting lots of people to invest or donate smaller sums towards a project, rather than a few big investors, and is largely done through online platforms.

It is becoming a more popular way of generating money for projects – including events such as last weekend's water slide in Park Street.

But it is also seen by businesses as an alternative source of finance to borrowing from banks.

Fundsurfer is part of the SETsquared network of high-tech companies based at the Engine Shed within the Temple Quarter Enterprise Zone.