This project was successfully funded on Sunday the 1st of December, 2019 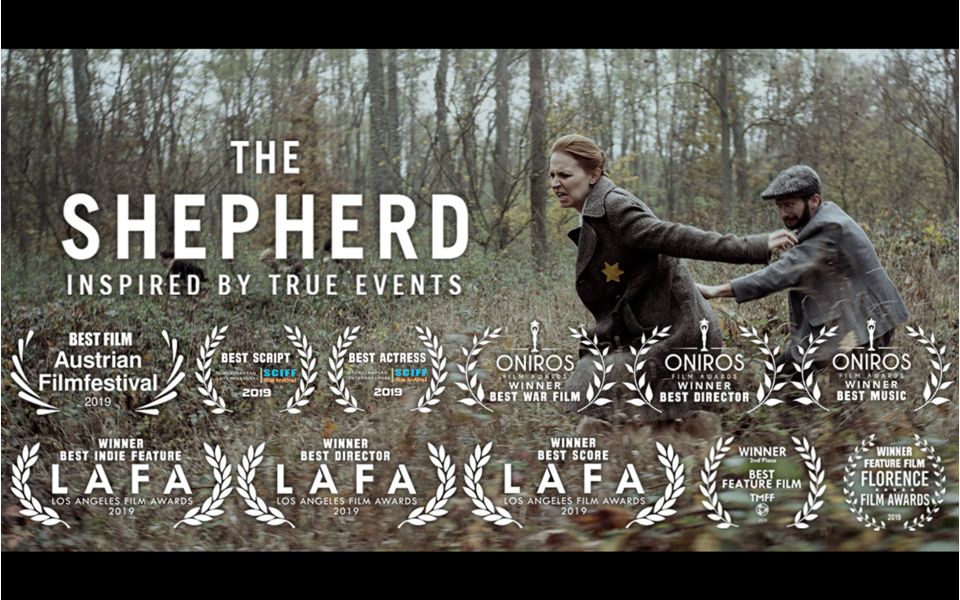 This feature film is an 18 time award-winning historical drama, dedicated to forgotten heroes who rescued Jews during WWII.

First of all, I want to say a huge thank you to everyone who has supported us so far. Making this movie was a very amazing and very emotional experience. We've already won 16 awards during our festival circuit, so we are super happy and satisfied.

We would like to ask for your continued support, because we need additional funds to get our statuettes. Sadly, most of the festivals ask money for the awards, and a statuette costs from $220 to $290.

So far we were able to buy 5 of them, but we are unable to get the other 9 ($2560). Because we are a small independent filmmaker group, and our movies are financed through Indiegogo and our own money, we can't afford the others, so we really need your donations! The rest of the money (minus the platform fee) will go for festival submission fees, because there are some other very good festivals where we want to have a selection.

OUR AWARDS SO FAR 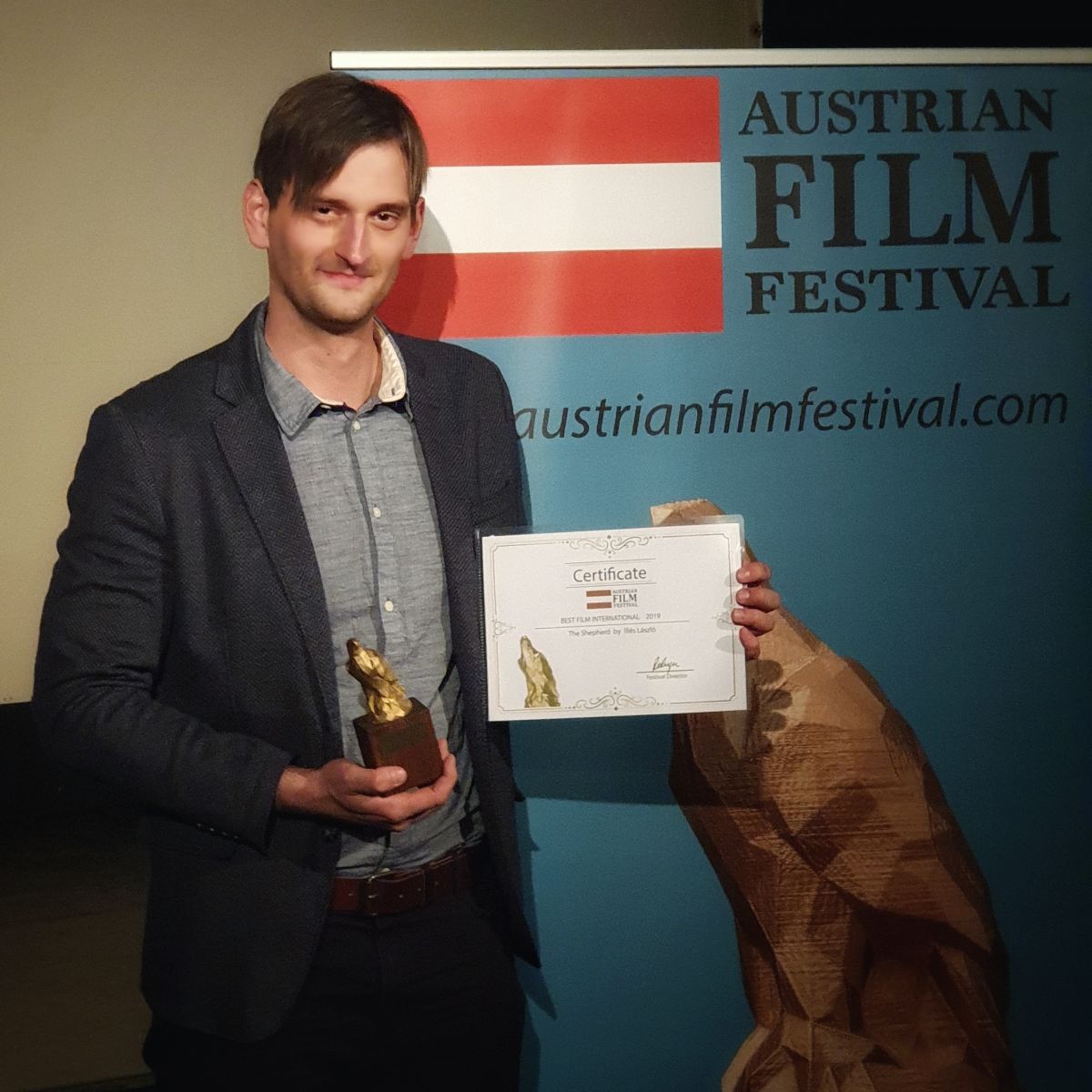 The Shepherd is a historical drama taking place in Hungary in 1944, in a territory occupied by Nazis. The main character is an old shepherd, who lives alone on a ranch. After his daughter got killed by German soldiers, he decided in his grief to save as many Jewish lives as possible.

The film begins on an average day of the old shepherd. After getting his sheeps to the pasture, the sounds of the war’s horrors are heard from the forest. Amongst the trees, the shepherd finds the dead bodies of several Jews. He begins to search for survivors. At one of the clearings, he finds a naked, raped girl with a gunshot wound on her stomach. Since the girl is unconscious, she is not able to tell what has happened to her. The shepherd bandages the girl's injury and takes her with him to save her life.

I have always been truly fascinated by the second world war. It is the closest and most epic struggle in history, where the whole world united for a bigger cause.

This was a situation in which millions of people were in a vulnerable position, many because they had to leave their homes to fight on the front lines, many simply because they were born as Jews, and women, elderly, and children were hiding in their homes awaiting their fate.

We are all just humans, and most of us can only contribute small things to the workings of the world. I strive to make this world a better place, even if my deeds may seem to be small and meaningless.

Consequently, I have always found the fate of individuals and micro-dramas more interesting than the often "impersonal" epic struggles. That is why I have decided to show the impact of the war on everyone's life from the perspective of a solitary little man.

We have already seen a lot of physical horrors in war movies, but this movie is different. In The Shepherd, I want to show the psychological trials that people went through in a way that is as raw and authentic as possible. The camera is moving constantly with our protagonists to show their feelings and reactions to events in a more dramatic way. The audience will breathe and feel with the main characters. They will experience how it feels like to run for your life, while Nazis are behind you, and your fellows are dying next to you. They will also get a grasp of what it is like to see your lover being raped by soldiers, or when you and your family is being executed by soldiers.

The Shepherd is a very dark movie, as dark and stunning as WWII was. However, I want everybody to understand that no matter how dark it is, you can always find the light that gives a new meaning to everything.

WE REALLY NEED YOUR SUPPORT, SO PLEASE MAKE A DONATION AND SHARE THE PROJECT ON SOCIAL MEDIA NOW!! THANK YOU

IF YOU HAVE ANY FURTHER QUESTIONS, DO NOT HESITATE TO CONTACT US.

BEHIND THE SCENES PHOTOS 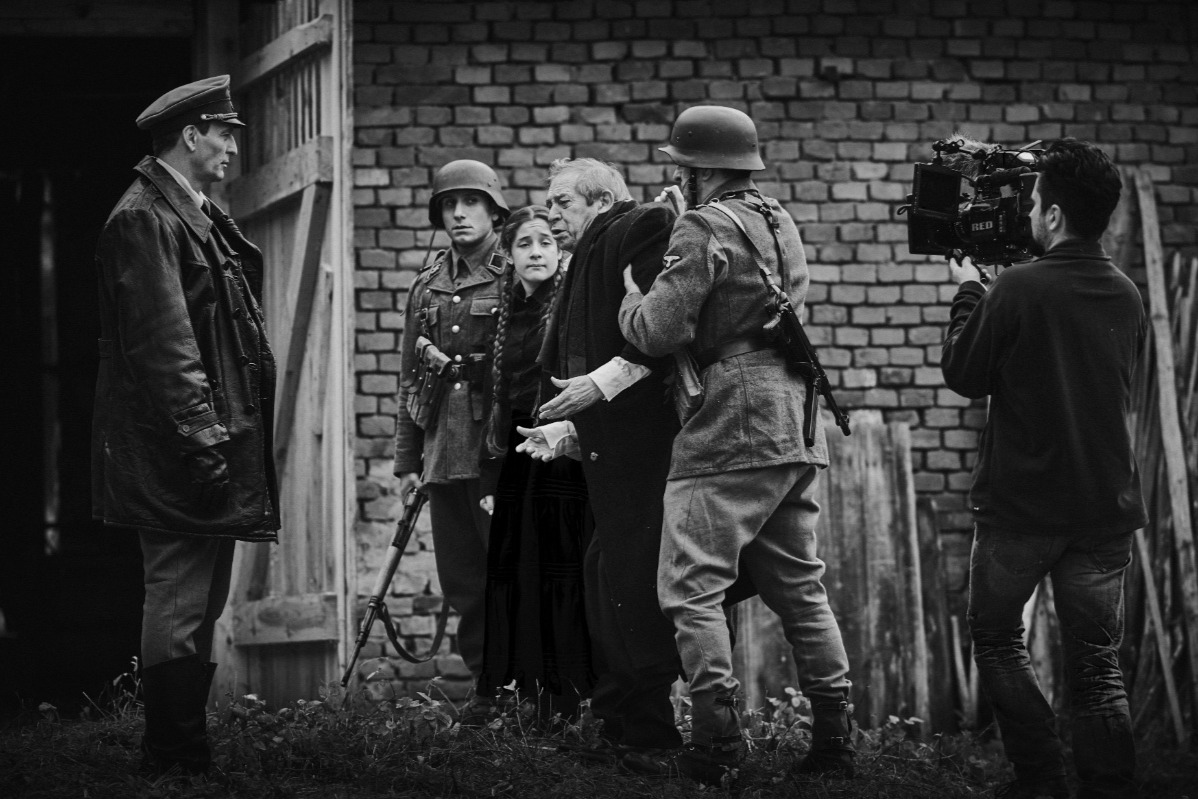 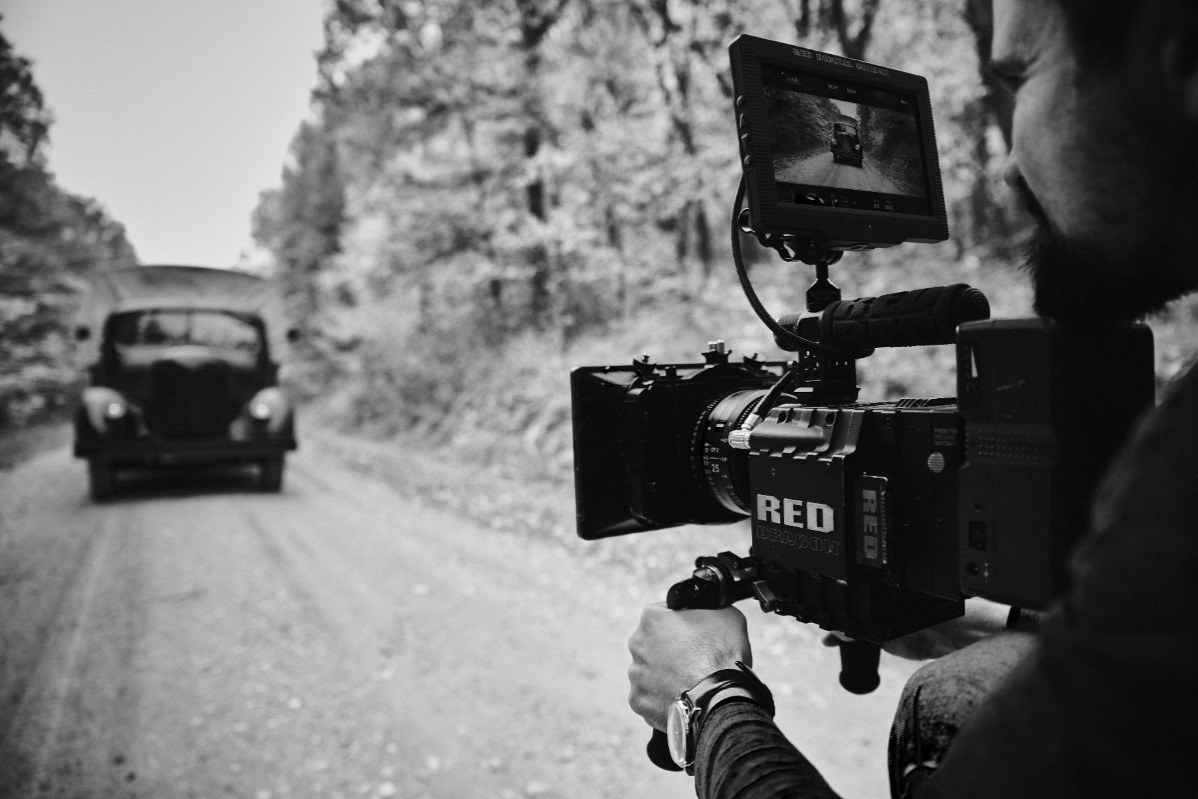 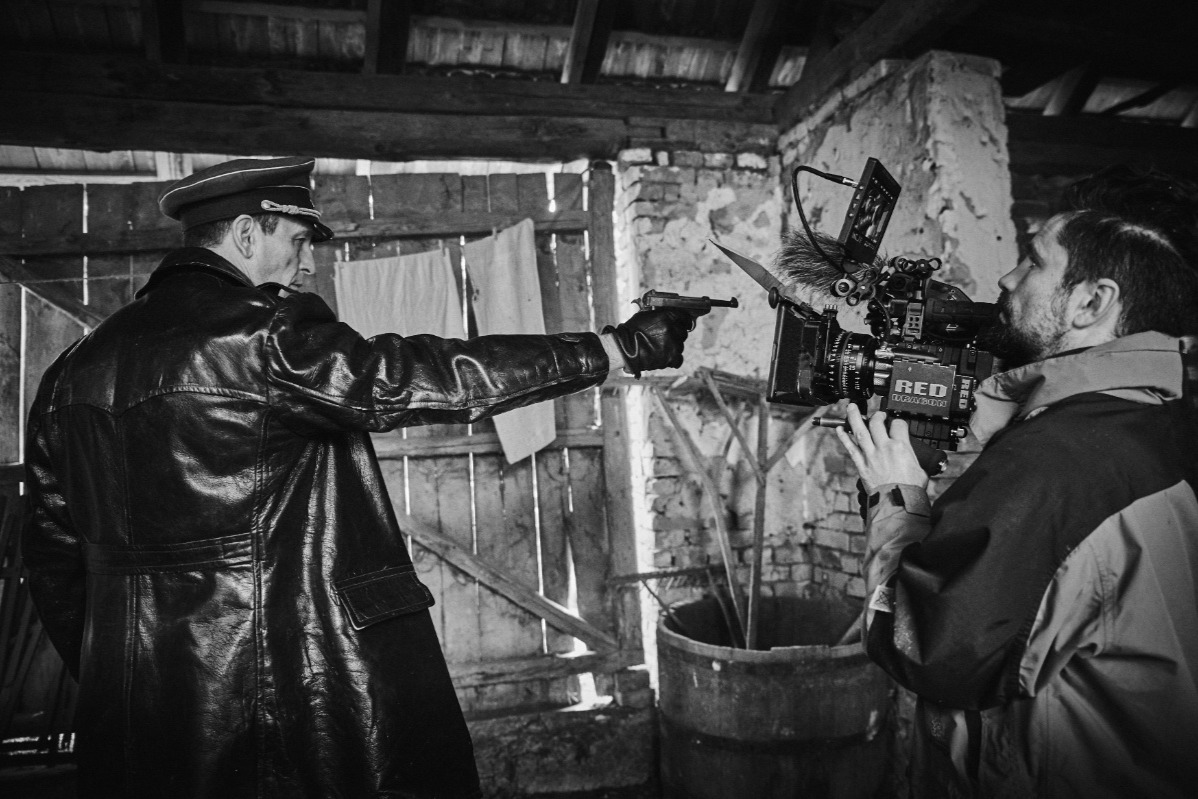 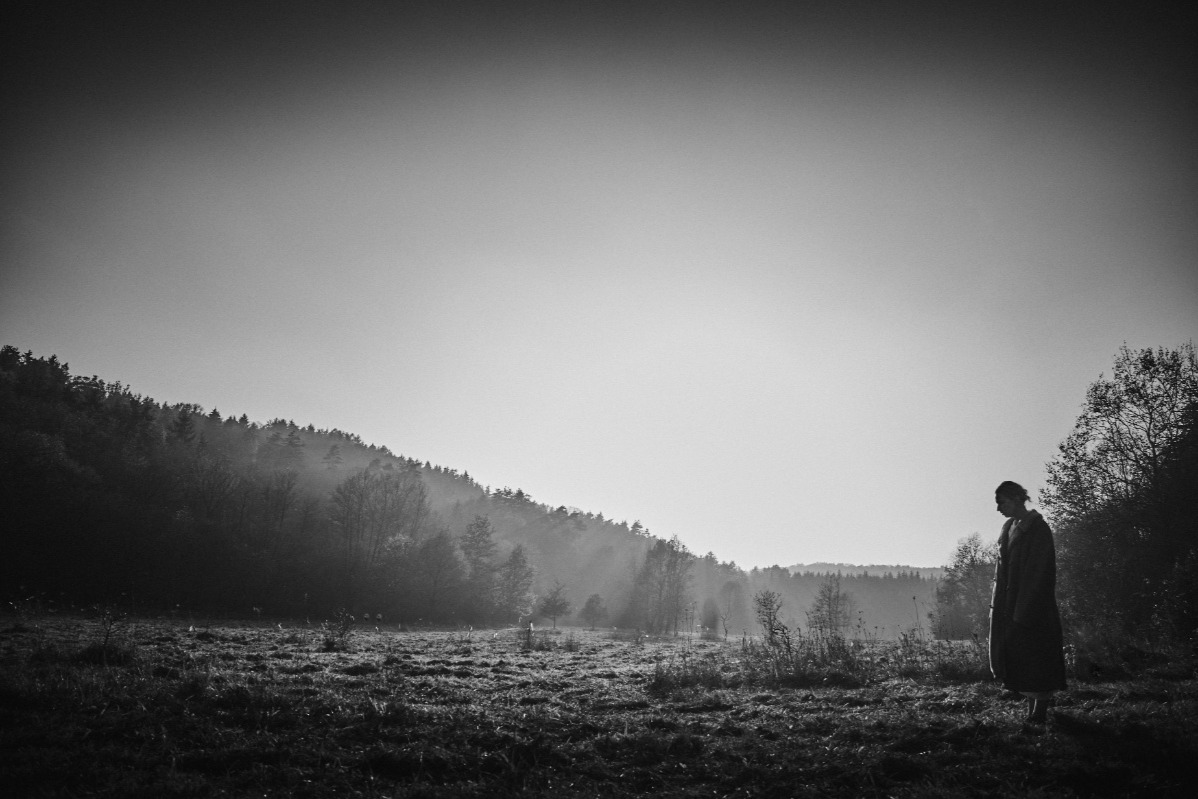 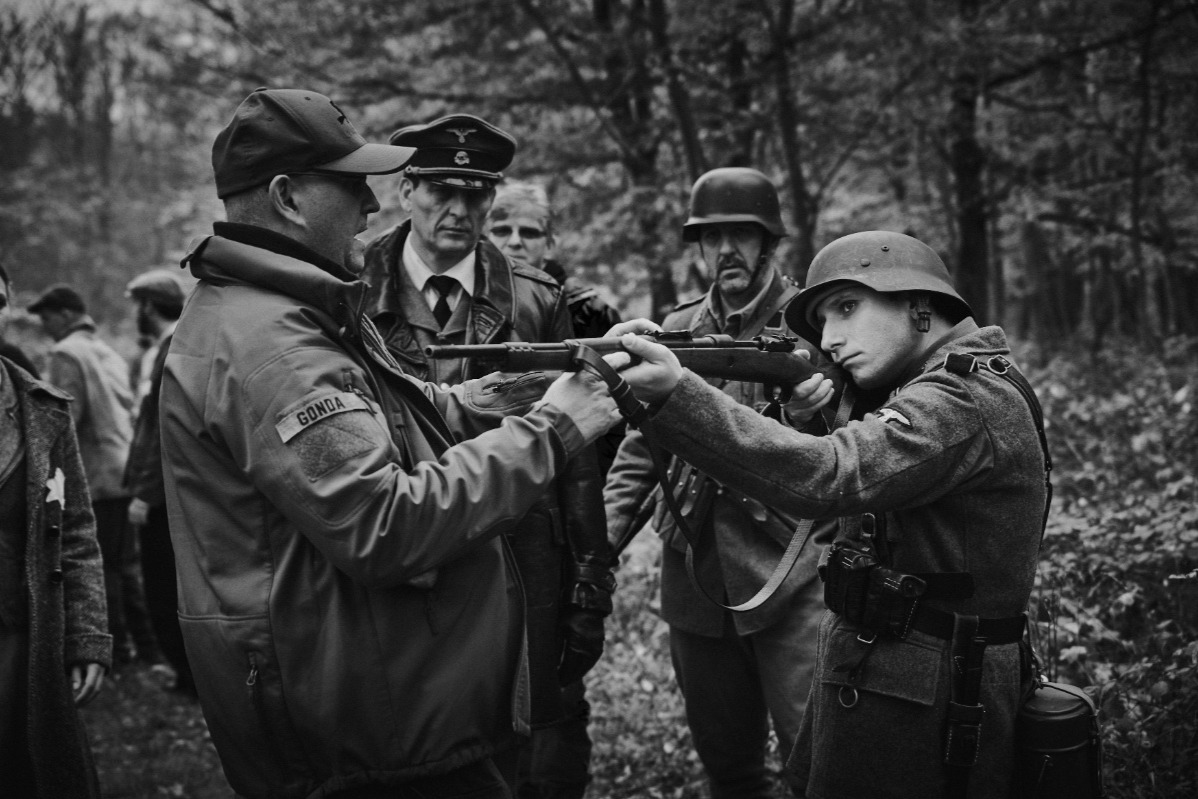 This project ended on 1 December 2019

You or your company will be our greatest supporter. The movie will start with your name: 'JOHN DOE' PRESENTS, or with your company's logo, so everyone will know, that you are one of the most important person of the team. You'll be also credited as a producer in opening and end credits and also on IMDB!

Everybody will know that your company played a part in getting the movie made. Your company's name will be in the opening credits: Intergalactic productions presents, in association with "YOUR COMPANY". Your company will be also credited in end credits, on the poster (with name and logo), on IMDB, on Blu-Ray and DVD cover.

As a Producer, you'll have the most senior credit for your contribution. Everyone will know that you are one of the most important persons in the team. You'll be credited in our film opening and end credits and also on IMDB! You can also get in touch with the director at any time.

As an Executive Producer, you'll have a senior credit for your generous contribution. Everyone will know that you are an important person on the team. You'll be credited in our film opening and end credits and also on IMDB! You can also get in touch with the director at any time.

As a Co-Producer, you'll have a senior credit for your contribution. Everyone will know that you are an important person of the team. You'll be credited in our film opening and end credits and also on IMDB! You can also get in touch with the director at any time.

You'll receive a Super Thank you credit on our movie's credit and on Imdb. You will also get two pieces of signed Blu-Rays and two signed posters, and also a signed Cast and Crew Photo.

You'll receive a Special Thank you credit on our movie's end credits and on IMDB. You will also get a signed Blu-Ray and a signed poster, and also a signed Cast and Crew Photo.

You'll get the movie on Blu-Ray. Plus you will receive a thank you on our Facebook page.

As soon as the movie is released, you will receive an HD, high bit rate download of the movie.

Every amount of contribution helps us with festival submissions. Thank you so much! 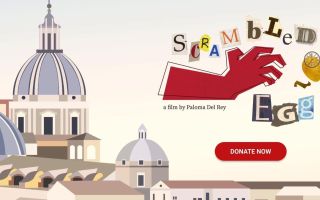 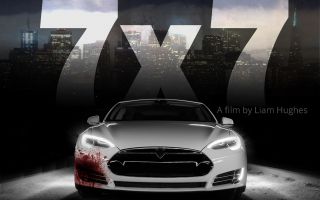