1000s of migrant workers have died building the stadiums in Qatar, a country with no history of football whose homophobic laws could put many of our family in jail or worse. 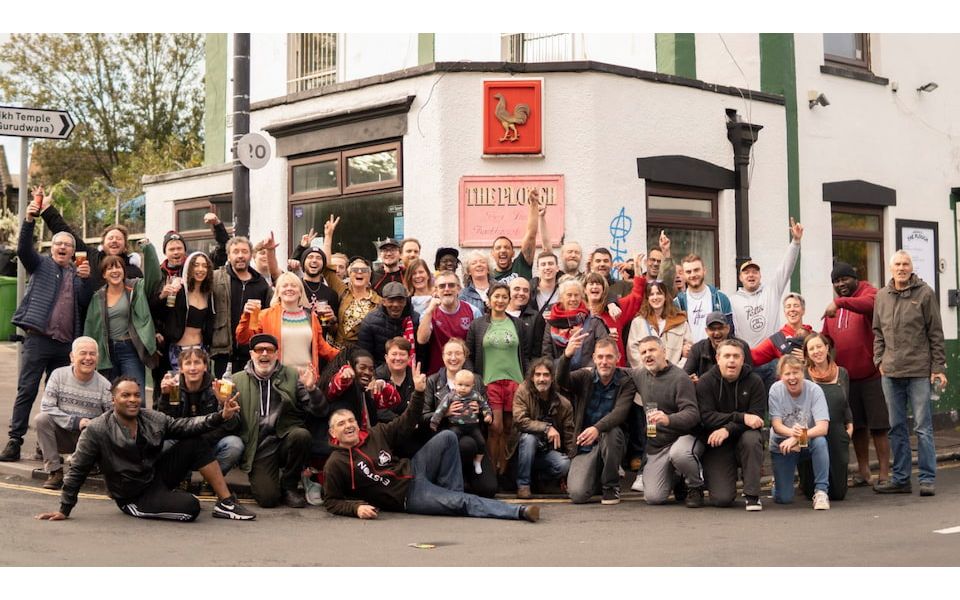 Since 1993 the game of football has been at the heart of the plough when it became home to the ‘Easton cowboys and cowgirls’ - A hardcore community of fun loving, d.i.y. activist, sport obsessed humans. We now have 9 football teams (Composing of males, femalenon-binary and trans gender players) 2 netball teams. 1 basketball team and 1 cricket team. The power of team sports binds us at a grassroots level.

Every four years we get really excited about the World Cup. Its not unusual for us to have Spanish sat with Welsh sat with Nigerians, all cheering, booing and bollixing each others teams.

The woman’s World Cup was a joyous affair. Pub was packed to the rafters with people of all stripes, overwhelmingly female. Raucous, rambunctious, riotous fun.

1000s of migrant workers have died building the stadiums in Qatar, a country with no history of football whose homophobic laws could put many of our family in jail or worse.

We consulted our regulars and sports teams (www.eastoncowfolk.org.uk) and narrowly made the decision to show the games. We are donating any profits raised from the bar during the games and collecting donations from our customers.

We are also running this crowd funder so those who dont want to or cant come to the games can support the cause.

ALL DONATIONS WILL BE PASSED DIRECTLY TO LGBTQ+, HUMAN RIGHTS AND MIGRANT RIGHTS ORGS ON THE DAY OF THE FINAL.

So far the orgs we are supporting are below

We're thrilled to be recording our debut album in 2023! It's a huge milestone for us as an ensemble; can you help make it possible?
103% raised
1 day left
103% pledged