Hello Everyone, Thank you again so much for helping us make the album, I've just listened back to the final mastered copy again for the first time in a few weeks and it sounds incredible. Stuart Dixon did an amazing job. Proud of what the album is about. This is the press release. We will be doing something very special for the album launch week there will be a launch party in Bristol on the 25th at the Crofters Rights to which you are all invited then a 'tour' which reflects what this album is about to be announced in the new year. There are some videos on our youtube channel. The first proper playing of some of the tracks at the Fleece supporting BoB Log III a week ago went down a storm -right audience for us punk rock blues.  Much love to you all Victoria and Chris x

Round The Wrekin
Momentum
Jungle Blues
One Good Reason
The Island Of Barbed Wire
I Worry About Nothing
Who Will I Turn To Now?
These Hips Were Made For You
Put Your Arms Around Someone You Love
Worlds End Lane

Rock, blues, punk and folk. These are the core elements of Husky Tones Who Will I Turn To Now? The album takes you on a journey with songs that scream and cry, and lush vocals drifting on a sea of heavy guitar riffs. Who Will I Turn To Now? combines songs of protest, despair and love, tales of the benefits system, climate of cuts, the disintegration of capitalism. As well as reference to modern day politics, it has historical roots with a ballad Island Of Barbed Wire . The song is about Victoria’s great uncle who was interned on the Isle of Man as a German Prisoner of war just for being a German living in the UK when war broke out. Married to an English woman the song tells their story. An expression of powerlessness in the face of terrifyingly sad global events, which is as relevant today as it was during WW1.

Having spent 2016 building a reputation for intense live shows at places such as London’s 100 Club and Blues Kitchen, Brighton’s Latest Bar and national UK festivals their modern and varied sound has won them many friends and fans around the country including having been played on BBC Radio 2 by Paul Jones. 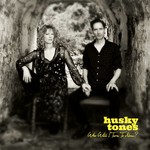 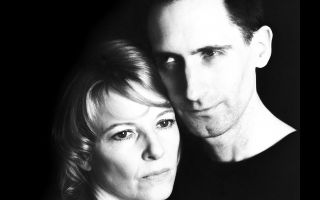 Husky Tones asking for your help to produce our second album.