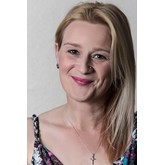 A Former Army Sergeant, who has served in locations as diverse as Northern Ireland, Germany, Bosnia and Afghanistan, has launched a new support organisation, designed to help ex-service personnel overcome mental and physical problems resulting from their time spent serving their Country.

Based in Preston, Lancashire I suffered from excruciating stress fractures in her legs, compounded by so-called compartment syndrome.  Was discharged from the British Army February 2014, after serving 14years.

Lack of information during my illness, resulting in my mental breakdown and attempted suicide, I realised that I had valuable expertise to offer to other personnel in similar positions, both in the UK and beyond.

This has given me the strength to help others, by offering one-to-one and group support, workshops (Life changing tabletop), coaching and mentoring, as well as other group activities.