A Green MP for Cambridge

This project was successfully funded on Thursday the 19th of March, 2015

Cambridge should have the opportunity to vote for and elect a Green candidate in the 2015 General Election. Help us get Rupert Read elected! 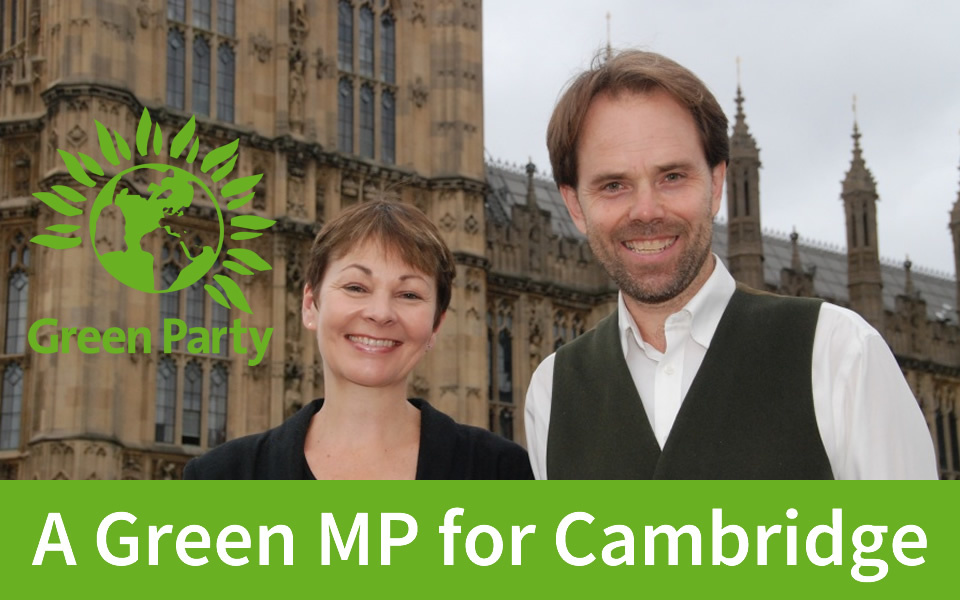 Do You Want To Change Society For The Better?

31.42% of people in Cambridge who took the survey at voteforpolicies.org.uk found themselves supporting the Green Party. This puts us ahead of any of the other political parties in Cambridge. We could, with your help, have a Green Cambridge MP come the next General Election. 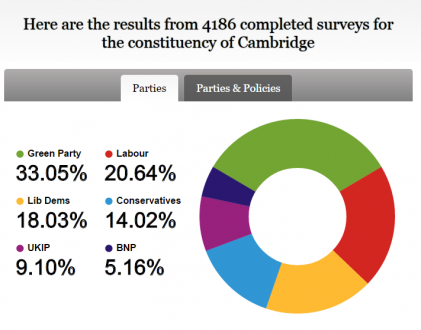 Why We Are Asking You For Help

If new Green MPs are going to be elected to join Caroline Lucas in the Commons next May, then Cambridge must be one of the places where it happens.

The #GreenSurge has seen a 90% rise in party membership over the last year. 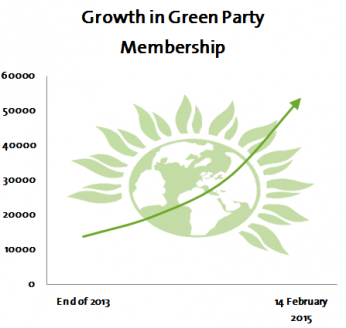 In Cambridge, membership has tripled between December 2013 and December 2014. There is a real thirst for change here as well as the rest of Britain, a desire for a fairer society, one that works for the common good, and one that lives within its environmental limits. The Greens are the party to provide that change. But, in order to get the Green Party's message across to as many people as possible, we need funds.

The first thing that differentiates us from the other political parties is that the Green Party do not have millionaire backers, and we don't take contributions from large corporations. But we do want people to know that the Greens are here, and that we are the true alternative.

Who is Rupert Read? 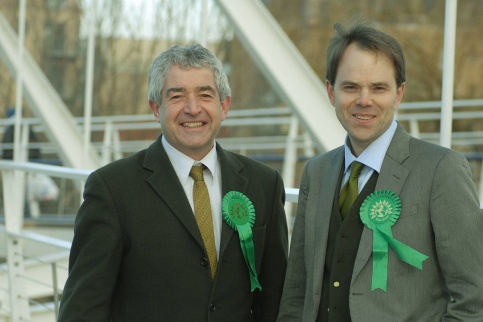 The Cambridge-based writer and campaigner Dr Tony Juniper, who stood as the Green Party's candidate in the City in the 2010 election, said that he was delighted that Rupert Read had been selected.

I've known Rupert for years and I am delighted that he will be our candidate in Cambridge for the 2015 General Election. He is a politician with the highest integrity who combines a rare ability to listen with very clear and inspiring ideas that he champions with persuasive vigour. The Green Party tripled its vote in Cambridge in 2010 and I am looking forward to supporting Rupert to achieve an even better result this time around. We showed last time how voting Green sends a clear signal and with our first MP elected we are now looking to build even more momentum and to hopefully see more members in Parliament next May. It would be good for our country if Rupert were one of them.

What Will We Use Your Money For?

Any donation, large or small, will help towards reaching our goal of fielding Rupert Read as candidate, and of running a clean and decent campaign.

The potential to win Cambridge is great - with membership numbers up to a record high, Cambridge is showing a stronger surge in Green Party members than anywhere else nationally. Help us to win an MP in Cambridge using this phenomenal momentum!

Grass roots supporters are the backbone of the Party. Receive a big thank you, and enjoy a high five (or thank you hand shake) from Rupert when you come to one of our campaign meetings.

You will receive a thank you from Rupert on Twitter and
Facebook. Your contribution will make a huge difference.

Receive all the above, plus badges, posters, and leaflets to spread the word about a Green MP for Cambridge! Be part of the campaign!

With this donation, we will be able to print our materials and send them out to targeted households in Cambridge. This is one of the most effective ways for us to get our message across to win the seat. Thank you, and enjoy your Green Party T-shirt!

A Green Party T-shirt is on its way to you. And thanks to your backing we will be able to fund a social media campaign, or run an advert in the paper.

Your money will fund Rupert's deposit outright. It will help fund social media campaigns, billboards, and targeted leaflets and letters to households in Cambridge. Your name and our deepest gratitude will be posted on the Cambridge Green Party website (unless you don't want us to, of course).

You, along with a guest, are invited to join Rupert and other key Green activists for the post-election dinner and drinks party in Cambridge at which you will receive a signed copy of Rupert's new book The Post Growth Project. 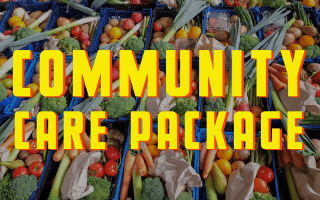