Support Leater, one of Ukraine's leading AV integrators to support its staff of 80 and their families and the wider community. 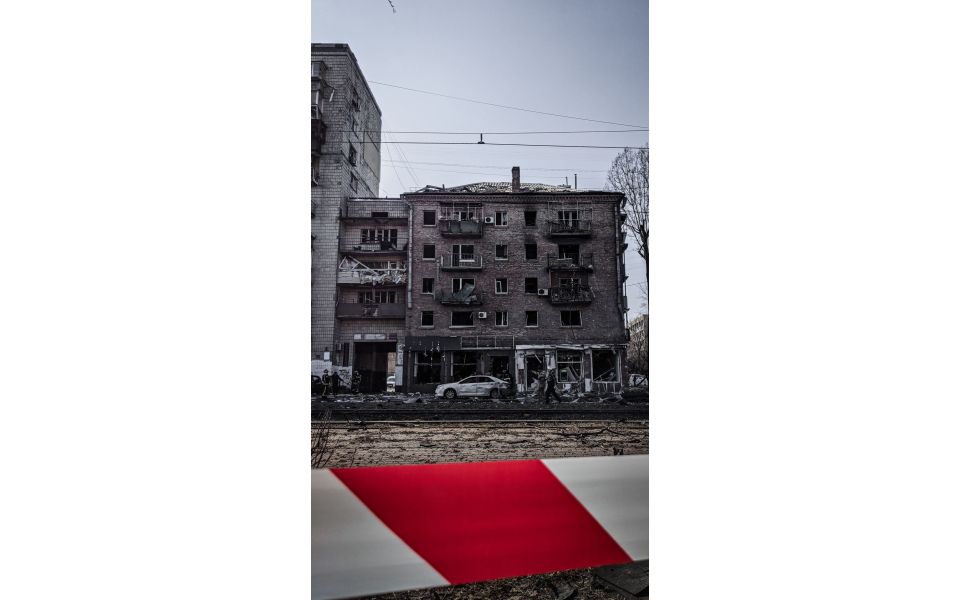 Leater is one of Ukraine's most accomplished AV integrators, thriving in the post-soviet era and working with international partners to bring best practices In AV integration across the country.

When Russia’s invasion of Ukraine began to the disbelief of the world in 2022, Leater lost its entire branch in Donetsk, as well as clients and product stock. Then as the Russian army advanced towards Kyiv, overnight, all AV work came to a halt as the country reeled from the shock and horror of the invasion.

On the streets of Kyiv, people were still adjusting to the reality of taking up arms to defend their loved ones against the oncoming horde pushing towards the city, instead of heading for their daily commute. Fighting even took place near Leater’s former office, where several Russian tanks were destroyed less than a kilometre away.

As the missiles continued to fall, engineers of Leater Integration stepped forward with its rental division to deploy screens and projectors in bomb shelters, showing films and cartoons to distract the children and parents forced into unimaginable conditions.

“We were always thinking about what we could do to help our people. We got humanitarian aid to Ukraine with our partners in Germany. We also started to produce flak vests and delivered medical supplies and food.

“Many Kyiv citizens were forced to spend a very long time in bomb shelters and subway stations. There were also many children there. We began to deploy screens and projectors in bomb shelters to show films and cartoons for children and their parents. This initiative was quite widespread, because everyone, who had possibilities, tried to add at least a little comfort and peace for their neighbours and support each other. Internet providers provided free Wi-Fi, chefs prepared free food and drinks, and we joined in as much as we could - we installed the existing equipment and monitored its performance. After all, even a small contribution from anyone is very important.”

Leater deployed similar systems in five metro stations throughout Kyiv, searching through warehouses and whatever equipment could be obtained through partners to bring a little peace to the civilians who were now living their lives under the onslaught of falling bombs. In the face of adversity and through sheer determination, resilience and selfless bravery, the people of Ukraine forced the Russian army to retreat from Kyiv.

Leater now plays its own role in the fight against the invader. Zhandorov says:

“The whole country turned to trying to help our army to achieve victory as soon as possible. We started to think about what we can do as a business. With our own funds, together with other volunteers, we created a mobile command centre that controls drones. We did this for free, by putting forward more than €16,500 ourselves. We produced it and gave it to the army. “We assembled a small complex with an independent power supply and Starlink satellite communication."

The situation in Ukraine today remains volatile. The Russian Army still clings on against Ukrainian advances, and the destruction wrought on the population of Ukraine has no easy fix.

Mykola says: “There are many children who go to school in replacement schools which have no AV equipment at all, which they desperately need in order to learn. Some schools are recovering, but they need more support.”

Leater continues to do what it can with its current resources, but according to Zhandorov, more support is needed. “We can import some AV products”, says Zhandorov, “many AV items are on the list of critical products, so we are able to import some things but we have problems with currency volatility, pushing up the cost of products. Right now, we need equipment: if it is old, but usable, then we can put it to work. If we can get unused equipment that is not being used by integrators in Europe, then this can be used for our country’s schools, bomb shelters and other projects.

Zhandorov adds: “A lot of schools need AV equipment such as screens, projectors and public address systems. Anything that we can get, we can use effectively. Paying our staff also remains an issue, so funds to help keep them afloat would be greatly appreciated.

We are appealing to the global AV and IT industry to support Leater. Every penny raised will go directly to families remaining in Ukraine, to keep the business and community going through the most unimaginable conditions.

Any equipment offers can also be directed to inavate@imlgroup.co.uk who will work with European warehouses to get the kit into Ukraine.

We have set a target of £10,000 but this is an open ended ask and anything that you can give would be hugely appreciated by Mykola, his team, their children and the wider community they are able to support.

Thank you for anything you can give.

Support for Leater and its 80 staff and their families struggling to support themselves and their communities in Ukraine. Any funds to replace income for the business plus offers of equipment for ongoing emergency installations appreciated.

We're thrilled to be recording our debut album in 2023! It's a huge milestone for us as an ensemble; can you help make it possible?
102% raised
1 day left
102% pledged